The Challenges of Growing Grass in the UK 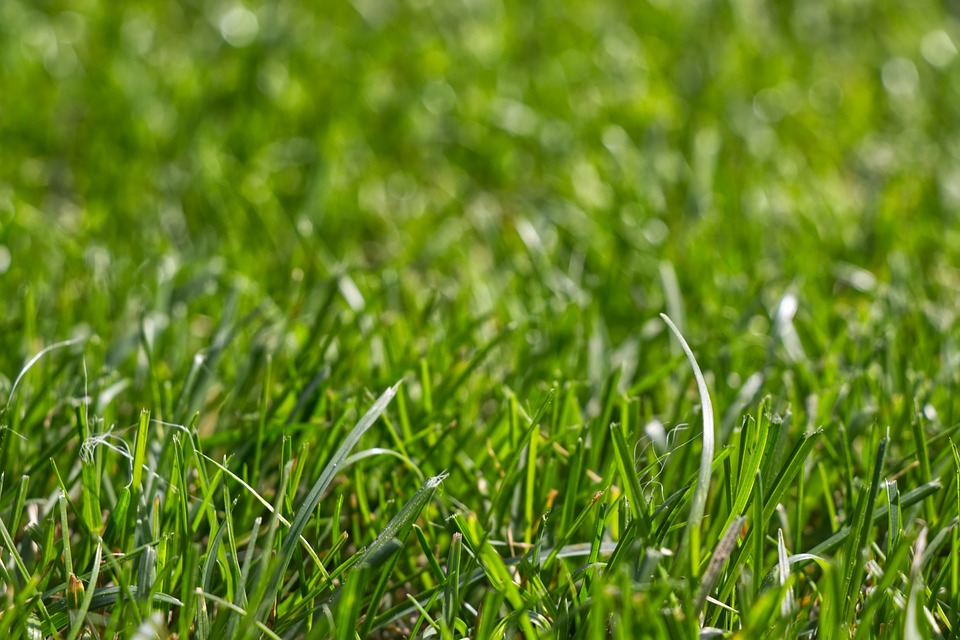 The grasslands of the UK are a varied and sophisticated set of systems. From naturally occurring meadows, soil type, acidity, saline content, wear, and animal grazing are among the many factors that have influenced the types of grass that grow in any specific circumstances.

How does this affect the grass you might want to seed on your lawn? What is the science behind grass seed and what options are there for your lawn?

Grass, in common with all flora and fauna, has undergone hundreds of millions of years of evolutionary change, driven by circumstance and survivability within those circumstances.

The lawn seed you grow today is based on research and crossing of many different seed types whose heritage stretches back hundreds of millions of years.

The seed that flourishes on alkaline soil with low root depth will be substantially different from the grass which survives the evolutionary selection process in richer soils.

The United Kingdom, as an area of land, has one of the most fluctuating climates of any nation. Mean temperatures range from the high 20’s Celsius in the Summer to freezing and below in the Winter.

Given the relatively small size of the UK, the differences in climate offers a myriad of challenges for any flora, including grass, to prosper.

Since 2010 the highest temperature in the UK is 35.6 degrees in the South East. The lowest is minus 27.2 (yes…minus 27.2 degrees Celsius) at Altnaharra in the Scottish Highlands.  A temperature range of greater than 62 degrees from warmest to coolest.

The driest year as recorded in Sussex had a total annual rainfall of under 350mm or about 15 inches in total for the year recorded at Hurn –  up to 2500mm more than 100 inches recorded at Fylingdales. The rainfall differences between the UK are routinely high. The image of the UK as a wet and grey land does not bear scrutiny if you happen to life in the South East where it is routinely sunny and dry. However, it will be all to familiar in the North West. The straight-line distance between the wettest and driest areas of the UK is under 250Km.

The grass that might thrive in your lawn. The choices you make when seeding, should be informed by your local climate. The temperature and rainfall as well as the soil type (Ph value), slope, shade and use case.

Luckily – there are scientifically proven “right answers” to all these questions. There will be a seed or selection of seeds to suit your lawn no matter where you might live.

We quote from JS Rodwell’s British Plant Communities below

The sampling of calcifugous grasslands and montane vegetation Compared with their calcicolous counterparts, swards with a prevailingly calcifuge flora, long known in Britain as acid or acidic grasslands, have commanded somewhat sporadic interest. In the earliest descriptive accounts, for example, fine-leaved grasslands in the uplands received much less attention than communities dominated by Molinia caerulea and Nardus stricta (Tansley 1911) and, only with the agriculturalists’ concern to recognise different grades of hill pasture, was more precise classification of the better-quality swards undertaken.

Then, though it quickly became apparent that such grasslands in the north and west were generally similar to grazed calcifugous swards and grass-heaths persisting locally in the south-east, no concerted effort was made to integrate these vegetation types into a single framework (Tansley 1939).

The author is describing the scientific method in regard to collecting data to analyse in regards to species type and conditions. Most of the bracketed content is citation which, a quick Google search will lead you to studies and papers which elaborate on the specifics of the topic at hand

Also, subsequent attempts to develop an overall perspective on these grasslands have usually relied on rather compendious definitions of a ‘Festuca-Agrostis complex’, within which somewhat disparate kinds of sward have been treated together.

For the present survey, then, we were very concerned to begin afresh, benefiting from this wealth of experience, but sampling the full range of calcifugous grasslands from throughout Britain and, within the context of the broader survey, defining communities free of preconceived notions about how they ought to relate to one another, or to more calcicolous and mesotrophic swards and floristically similar heaths and mires.

We wished to do full justice to the distinctive elements among our montane vegetation. These were among the first plant communities in Britain to be described in a phytosociological fashion (Poore 1955c, Poore & McVean 1957, McVean & Ratcliffe 1962), and we were very conscious of our indebtedness to the insights of these early accounts. At the same time, we tried to avoid any over-representation of rare or more species-rich assemblages among the data, and many samples were collected from commonplace and run-down grasslands, from among derelict heaths and mires, and in the improved and afforested landscapes that are now so widespread through the upland fringes.

As always, samples were located strictly according to the floristic and structural homogeneity of the vegetation and, though more intricately patterned swards and chaotically varied stands of tall-herb and fern vegetation sometimes posed problems, uniformity was usually not hard to detect. Where more obvious repetitive patterning occurred within an assemblage, with associates organised around some tussocky dominant, for example, or where plants were disposed over patterned ground, such variation was treated as an integral part of the vegetation and sampled in its entirety.

The author emphasises that effort is being made to ensure that samples are unique and authentically British. Possible issues with selection and a measured approach to ensuring as random but complete a selection of seeds were studied.

Where distinctly different assemblages were closely juxtaposed in a mosaic, these were sampled separately and notes made on the relationship of the vegetation types one to another. Usually quadrats of 2 × 2 m were adequate to provide a representative sample of the vegetation, with 4 × 4 m sometimes necessary in more coarsely structured assemblages.

Oddly-shaped stands, such as were found on narrow ledges and banks, on snow-bed cornices and talus fans, were sampled using differently shaped quadrats of the appropriate area, while small stands were sampled in their entirety. Some vegetation included here, like the tall-herb communities, showed complex vertical structuring but it was always sufficient to sample this in its entirety rather than distinguishing layers for species recording. In the usual way, all vascular plants, bryophytes and macrolichens were recorded from each sample plot and Domin scores assigned to them. Particular care was taken with the identification of grasses, although it was sometimes very difficult, in close-grazed swards, to be certain of the diagnosis of cropped vegetative shoots. Festuca ovina and F. rubra could be especially awkward in this respect and there were also many occasions on which it seemed best to conflate F. vivipara with the former.

The subspecies of Agrostis canina could also be difficult to identify and Deschampsia cespitosa was usually recorded to the species, though the likely presence of ssp. alpina is noted in the text. Bromus hordeaceus ssp. hordeaceus was generally distinguishable although, by summer, the remains of this and other diminutive ephemerals could be shrivelled beyond recognition in more drought-prone swards. Alchemilla filicaulis ssp. filicaulis and ssp. vestita were recorded separately, but Taraxacum officinale and Rubus fruticosus were scored as the aggregates, and Lophocolea bidentata s.l could include some infertile L. cuspidata. Euphrasia officinalis was usually recorded as the aggregate, although it was sometimes possible to recognise E. frigida. Apart from Hieracium pilosella, Hieracia were recorded to the genus, although the prominence of particular sections among the vegetation sampled is remarked upon in the community descriptions.

The categorisation processes. Relying heavily on Latin and is hierarchical as Genus, Order, Family, Branch and these reside in a Kingdom. Monographic and taxonomic revision.
https://en.wikipedia.org/wiki/Taxonomy_(biology)